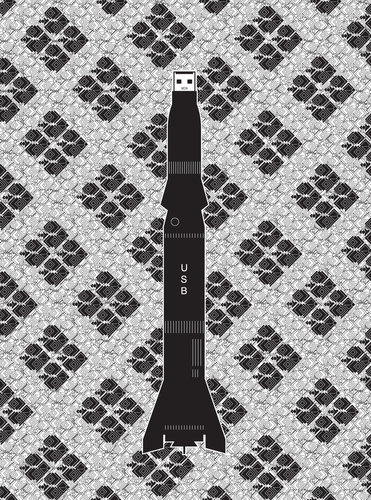 IN January 1986, Basit and Amjad Alvi, sibling programmers living near the main train station in Lahore, Pakistan, wrote a piece of code to safeguard the latest version of their heart-monitoring software from piracy. They called it Brain, and it was basically a wheel-clamp for PCs. Computers that ran their program, plus this new bit of code, would stop working after a year, though they cheerfully provided three telephone numbers, against the day. If you were a legitimate user, and could prove it, they’d unlock you.

But in the way of all emergent technologies, something entirely unintended happened. The Alvis’ wheel-clamp was soon copied by a certain stripe of computer hobbyist, who began to distribute it, concealed within various digital documents that people might be expected to want to open. Because almost all these booby-trapped files went out on floppy disks, the virus spread at a pre-Internet snail’s pace.

[ continue reading at The NY Times ]