At London Sale, a Giacometti Sets a Record 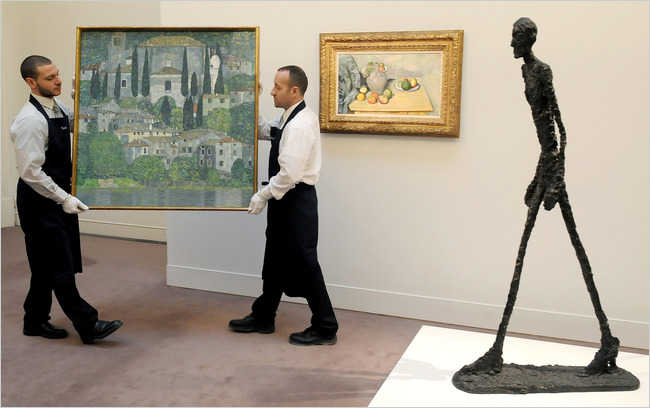 One of Alberto Giacometti’s best-loved bronzes, “Walking Man I,” has broken the world record price for a work of art at auction, selling to an unidentified telephone bidder for $92.5 million, or $104.3 million with fees, at Sotheby’s in London on Wednesday night. The previous record was $104.1 million, paid for a 1905 Picasso, “Boy With a Pipe (The Young Apprentice),” at Sotheby’s in New York in 2004.