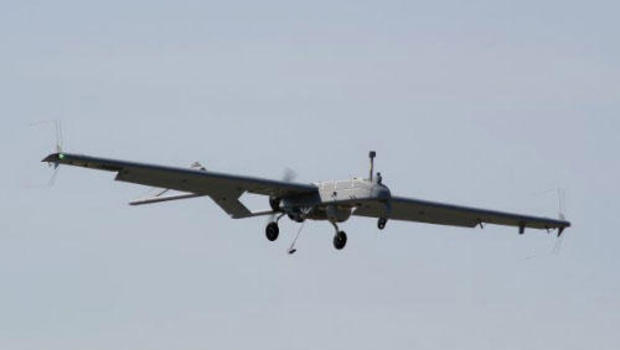 A drone like the one that disappeared is seen in this image provided by the U.S. Army / U.S. ARMY/CBS DENVER

DENVER — An Army drone that disappeared on a training flight in southern Arizona has been found about 600 miles away in Colorado, and the military is trying to figure out how it got there.

Officials at Fort Huachuca, Arizona, say a hiker found the $1.5 million Shadow drone stuck in a tree in the mountains west of Denver Thursday. It was missing a wing.

Soldiers lost contact with the drone at Fort Huachuca nine days earlier. A search failed to find it, and the Army concluded it probably crashed and disintegrated in the area.