Famous Wow! signal might have been from comets, not aliens

To appear in the Journal of the Washington Academy of Sciences 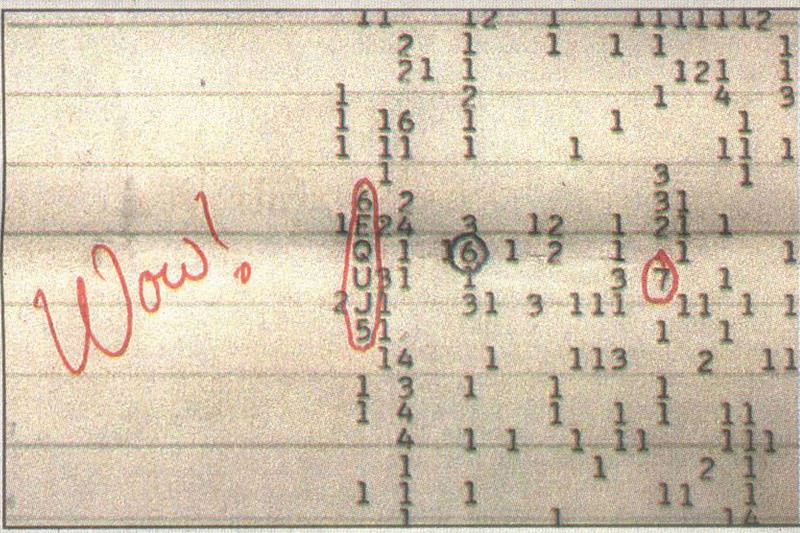 On 15 August 1977, radio astronomers using the Big Ear radio telescope at Ohio State University picked up a powerful signal from space. Some believe it was our first interception of an alien broadcast. Now it seems something closer to home may have been the source: a pair of passing comets.

The signal – known as the “Wow! signal” after a note scribbled by astronomer Jerry Ehman, who detected it – came through at 1420 megahertz, corresponding to a wavelength of 21 centimetres. Searchers for extraterrestrial transmissions have long considered it an auspicious place to look, as it is one of the main frequencies at which atoms of hydrogen, the most common element in the universe, absorb and emit energy. What’s more, this frequency easily penetrates the atmosphere.

But in the 40 years since, we’ve never heard anything like it again. Analysis of the signal ruled out a satellite, and a reflected signal from the Earth’s surface is unlikely because regulations forbid transmission in that frequency range.

The signal’s intensity rose and fell over the course of 72 seconds, which is the length of time that the Big Ear could keep an object in its field of view due to the rotation of the Earth. That meant it was clearly coming from space. So what was it?