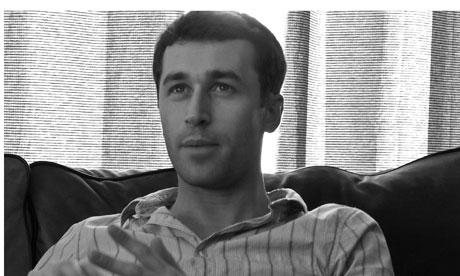 Deen’s All-American appeal may aid a move to the mainstream. Photograph: Gideon Ponte

Deen, 26, was recently featured on ABC’s Nightline in a segment asking if the nation knows that its daughters increasingly view him as a consort in their romantic fantasies. That Nightline saw fit to give him air time – the show is a rough equivalent of Newsnight – was further evidence either that the mainstream is more ready to accept adult entertainment performers on its turf, or that adult entertainment is itself becoming more mainstream.

“He’s exactly the guy I was thinking of,” says Ellis. “He’s accessible and represents the democratisation of our culture. He’s not some hot-blooded, super-tanned caveman pumping it — he’s a cute boy you could have gone to college with.”