A Breeder Apart: Farmers Say Goodbye to the Bull Who Sired 500,000 Offspring

Fans Commemorate ‘Toystory,’ a Dairy Legend With a Ravenous Libido 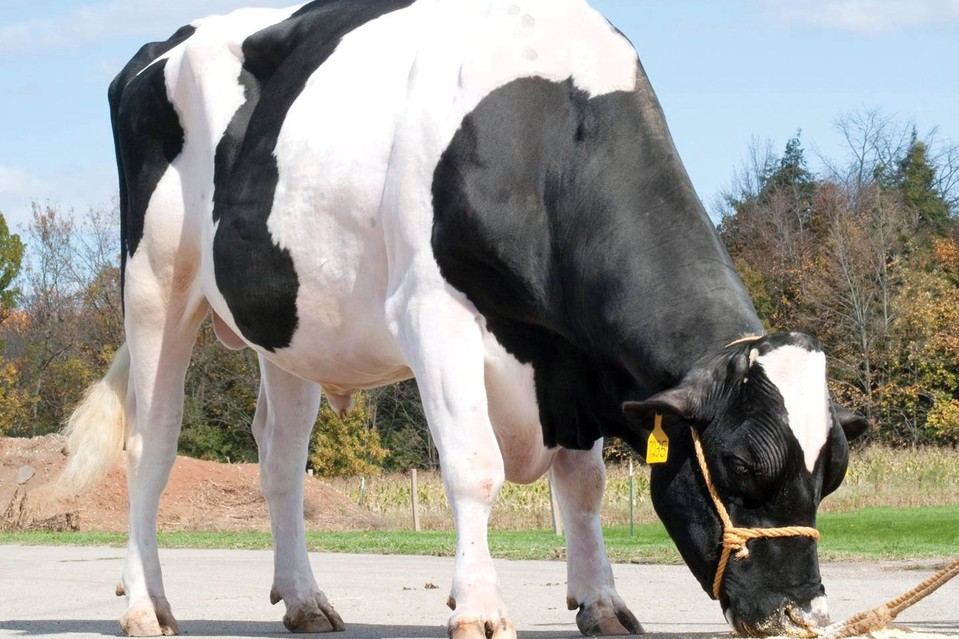 Toystory, a Wisconsin bull who set a record for semen production, was 2,700 pounds and sired an estimated 500,000 offspring. The famed bull died on Thanksgiving. GENEX

by MARK PETERS and ILAN BRAT

SHAWANO, Wis.—Atop a wooded hill here in the heart of America’s Dairyland, an industry legend was recently laid to rest.

It wasn’t some milk magnate or a famed innovator, but an ornery, 2,700-pound bull named Toystory—a titan of artificial insemination who sired an estimated 500,000 offspring in more than 50 countries.

In the increasingly high-tech world of cow reproduction, a top bull’s career tends to last just a few years as farmers chase better genetics to boost milk output and animal durability, playing a numbers game not unlike a Major League Baseball manager.

Rare is the bull with the genes and testicular fortitude to sell a million units of semen, known among breeders as the millionaires club.

Over nearly a decade, Toystory shattered the record for sales of the slender straws that hold about 1/20th of a teaspoon and are shipped using liquid nitrogen to farmers around the world. A unit fetches anywhere from a few dollars to several hundred.