The Play’s The Scene 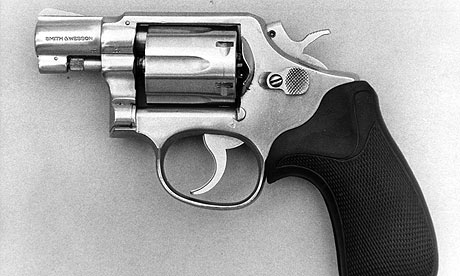 Real-life tragedy nearly struck at a Florida theatre on Monday night, when an actor fired a live gun at a cast member’s head.

During rehearsals for an amateur production of John Steinbeck’s Of Mice and Men in Sarasota, the show’s director, Bill Bordy, shot 81-year-old actor Fred Kellerman in the back of the head at point-blank range, only to realise with horror that the gun he used was loaded with live ammunition. Luckily the shot only grazed Kellerman’s skull, and he was quickly released from hospital.

The incident occurred during the final run-through of the play’s last scene, in which George Milton shoots his friend Lennie Small to spare him a painful death at the hands of a lynch mob. The Smith and Wesson pistol had been borrowed from a fellow cast member in the Sarasota Senior Theater who had, it appeared, forgotten that it was loaded.

In his defence, Bordy told reporters: “I’m the actor, I’m the director and we’re running late, and without thinking I didn’t check the gun.”