The Birth Of Sidney Poitier’s Son

John Guare, author of Six Degrees of Separation, on why drama is a brutal business – and why Amanda Knox is his new muse 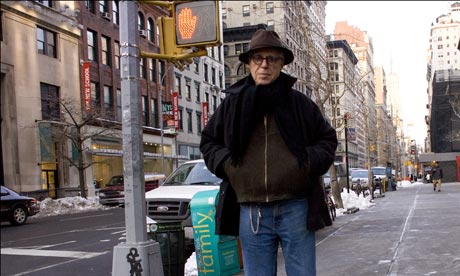 Made in Manhattan … John Guare nearby his New York apartment on fifth Avenue. Photograph: Frederic Lafargue/Rapport

The mysterious process through which life is turned into drama isn’t something John Guare cares to analyse. It happens spontaneously, he says, sometimes over the course of a weekend, sometimes six years after the inspiring event. For example, the 71-year-old playwright was transfixed by the Amanda Knox trial. “She’s a complete blank,” he says. “You can project anything on to her. Is she Henry James’s Daisy Miller, an innocent young girl who goes to Europe for experience? Or is she Louise Brooks, the woman who takes what she wants and destroys everything? Or is she Nancy Drew caught up in Kafka?” He looks through the window at a snow-bound New York. “It’s fascinating, but you can’t guarantee . . . will it be a play? I have no idea.”

It is more than 25 years since Guare, while dining with friends, heard the story that would become his most successful play. Six Degrees of Separation, which opens this week at the Old Vic in London, started out as an anecdote breathlessly conveyed with the opener, “Do we have a story for you!” A con man had charmed his way into his friends’ New York apartment and convinced them he was the son of Sidney Poitier. At the time, says Guare, it was “an incomprehensible event” and he forgot about it. “Then about six years later I was writing and I realised I was writing this play. I didn’t know whether Sidney Poitier did have a son, so I ran up the street to the bookstore and got his biography – no: four daughters, no son – and I put that in the play, too. It was a gift. It dictated itself. It told me what it was.”