Asteroids cause dozens of nuclear-scale blasts in Earth’s atmosphere 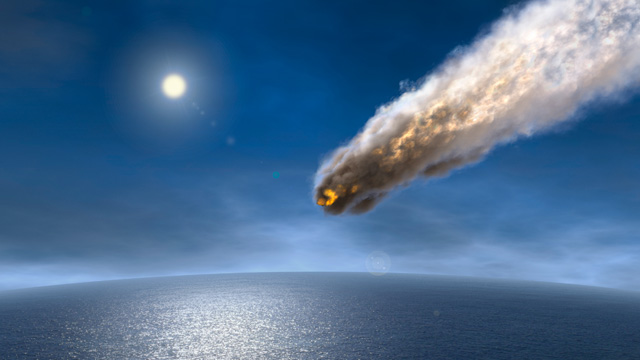 Link to video: Planet Earth comes under fire from asteroids

Asteroids caused 26 nuclear-scale explosions in the Earth’s atmosphere between 2000 and 2013, a new report reveals.

Some were more powerful – in one case, dozens of times stronger – than the atom bomb blast that destroyed Hiroshima in 1945 with an energy yield equivalent to 16 kilotons of TNT.

Most occurred too high in the atmosphere to cause any serious damage on the ground. But the evidence was a sobering reminder of how vulnerable the Earth was to the threat from space, scientists said.

The impacts were recorded by the Nuclear Test Ban Treaty Organisation, which operates a global network of sensors set up to detect nuclear weapon detonations. None of the asteroids were picked up or tracked in advance by any space- or Earth-based observatory.