from, The New York Times

The Annals of Flannel

Told that the cozy shirting fabric could no longer be made in America, one man began a yearlong quest. 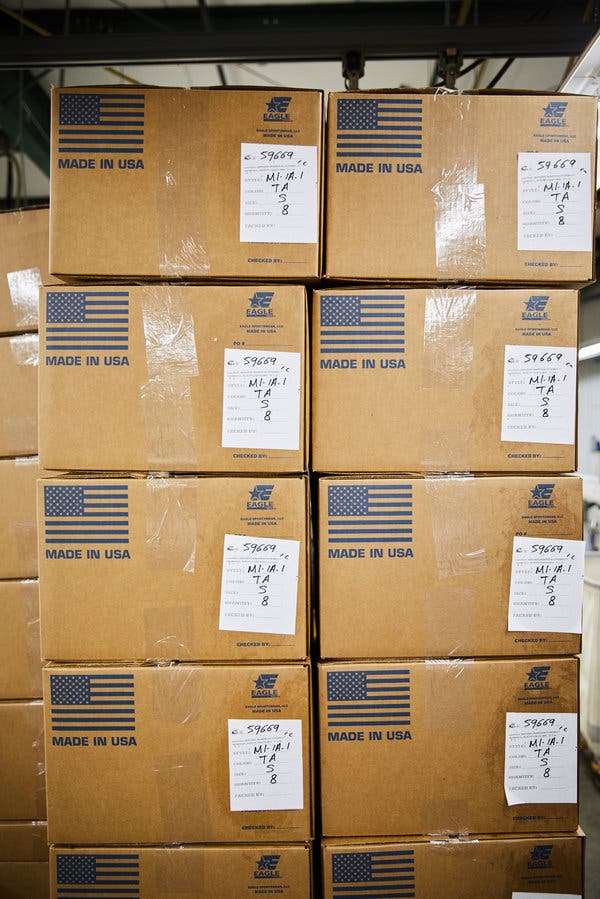 Three years ago, Bayard Winthrop, the chief executive and founder of the clothing brand American Giant, started thinking about a flannel shirt he wore as a kid in the 1970s. It was blue plaid and bought for him by his grandmother, probably at Caldor, a discount department store popular in the northeast back then. The flannel was one of the first pieces of clothing Mr. Winthrop owned that suggested a personality.

“I thought it looked great,” he said, “and I thought it said something about me. That I was cool and physical and capable and outdoorsy.”

Since 2011 American Giant, or AG, has mass-produced everyday sportswear for men and women, like the Lee jeans or Russell sweatshirts once sold in stores like Caldor — from the ginned cotton to the cutting and sewing — entirely in the U.S. Mr. Winthrop, a former financier who had run a snowshoe firm, made it the company’s mission to, in his words, “bring back ingenuity and optimism to the towns that make things.” He’s been very successful, especially with a full-zip sweatshirt Slate called “the greatest hoodie ever made.” AG has introduced denim, leggings and socks, among other products.

But Mr. Winthrop’s madeleine of a garment proved elusive. “We kept asking around and hearing, ‘Not flannel. You can do all these other things here, maybe. Flannel is gone.’” he said.

Bringing its manufacture back to America, Mr. Winthrop thought, could be deeply symbolic. Both of the capability of U.S. manufacturing and of the need for big fashion brands to invest here again. It was a quixotic artisanal project, perhaps, but one with potentially high business stakes.

Each time AG develops a new product, Mr. Winthrop must patch together its supply chain from what remains. To help him navigate the process, he relies on “old dogs in the industry,” he said, though AG is based in San Francisco and runs like a tech start-up, with sales almost entirely online.

For flannel, he called James McKinnon.

At 50, Mr. McKinnon is not that old (Mr. Winthrop is 49). But he is the third McKinnon to run Cotswold Industries, the textile manufacturer his grandfather started in 1954. Cotswold made the woven fabric for headliners inside Ford cars. Later, the firm manufactured pocket linings for Lee, Wrangler and Levi jeans. Cotswold still handles pocketing business for many U.S. brands, part of a diverse portfolio that includes making fabrics for culinary apparel. The fabrics are woven at its mill in Central, S.C.

Mr. Winthrop called Mr. McKinnon at his office in midtown Manhattan and ran through the list of questions. Why is flannel gone? What would it take to bring it back? How would you do it?