The Rutles Parody the Beatles 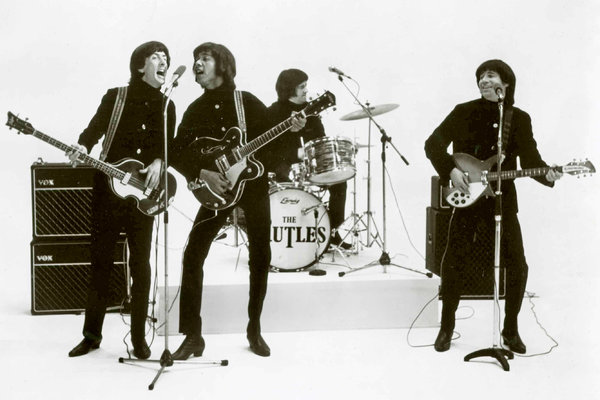 The Rutles in the film “All You Need Is Cash”: from left, Eric Idle, Ricky Fataar, John Halsey and Neil Innes.

There’s long been debate over who can truly claim the title “the Fifth Beatle.” The disc jockey Murray Kaufman pursued it. Later, arguments were made for the keyboardist Billy Preston or Yoko Ono. A new graphic novel bestows the honorific on the band’s manager Brian Epstein. However, the Beatles’ most essential partners may be their fictional counterparts: the Rutles, stars of the mockumentary “All You Need Is Cash.”

The Rutles were a hapless but well-meaning band created as both tribute and goof by Eric Idle (of Monty Python fame) when he was appearing on the BBC sketch show “Rutland Weekend Television” in the mid-’70s. The group was given musical voice by Neil Innes (a Python collaborator and member of the comedy rock group Bonzo Dog Doo-Dah Band). The Rutles were conceived and still exist as inhabitants of a kind of meta-universe where there were no Beatles, no era-defining hits like “Penny Lane,” but rather a carefully created near-sound-alike titled “Doubleback Alley,” and no real revolution.

Each time there’s a swell of Beatlemania and a flood of product, the “Prefab Four” have been there to keep the Fab Four’s myth in check. In the mid-’90s, the multipart Beatles documentary and album “Anthology” inspired new Rutles music, “Archaeology.” In the early 2000s, the real group’s hit album “1” spawned the Rutles’ charming but less sharp mockumentary “Can’t Buy Me Lunch.”