from REUTERS via Yahoo! News 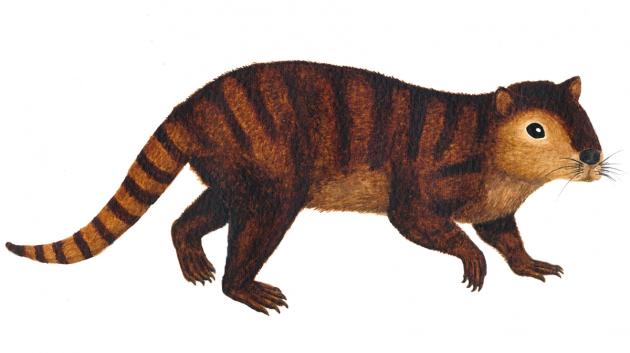 WASHINGTON (Reuters) – The world had been wrecked. An asteroid impact in Mexico compounded by colossal volcanism in India 66 million years ago had killed about three-quarters of Earth’s species including the dinosaurs.

But relatively soon afterward, a plucky critter that looked like a beaver was thriving, exemplifying the resilience of the mammals that would arise from the margins of the animal kingdom to become Earth’s dominant land creatures.

Scientists on Monday announced the discovery in northwestern New Mexico’s badlands of the fossil remains of Kimbetopsalis simmonsae, a plant-eating, rodent-like mammal boasting buck-toothed incisors like a beaver that lived just a few hundred thousand years after the mass extinction, a blink of the eye in geological time.

Kimbetopsalis, estimated at 3 feet long (1 meter), would have been covered in fur and possessed large molar teeth with rows of cusps used to grind down plants.

Asked what someone’s impression of Kimbetopsalis might be, New Mexico Museum of Natural History and Science curator of paleontology Thomas Williamson said, “They would probably think something like, ‘Hey, look at that little beaver!”