An Appraisal: The Poet Philip Levine, an Outsider Archiving the Forgotten 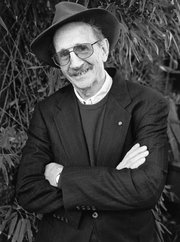 Della and Tatum, Sweet Pea and Packy, Ida and Cal. You met a lot of unpretentious people in Philip Levine’s spare, ironic poems of the industrial heartland. Mr. Levine had toiled in auto plants as a young man. “I saw that the people that I was working with,” he told Detroit Magazine, “were voiceless in a way.”

Mr. Levine’s death is a serious blow for American poetry, in part because he so vividly evoked the drudgery and hardships of working-class life in America, and in part because this didn’t pull his poetry down into brackishness.

He was a shrewd and very funny man. I’m not sure another major American poet could give advice quite like the following, from a poem called “Facts,” collected in Mr. Levine’s classic 1991 book “What Work Is”:

If you take a ’37 Packard grill and split it down

the center and reduce the angle by 18° and reweld it,

you’ll have a perfect grill for a Rolls Royce

just in case you ever need a new grill for yours.

Mr. Levine was among those poets, and there are not enough of these, whose words you followed even outside their poetry. His interviews, for example, were feasts for the mind. To get back to Della and Tatum, Sweet Pea and Packy, and Ida and Cal for a moment, here is what he told The Paris Review in 1988 about the unpeopling of American poetry: