Amputate tradition, torture the past, terrorize the present. The impulse to destroy was part of what made early Modern art the guerrilla movement it was. 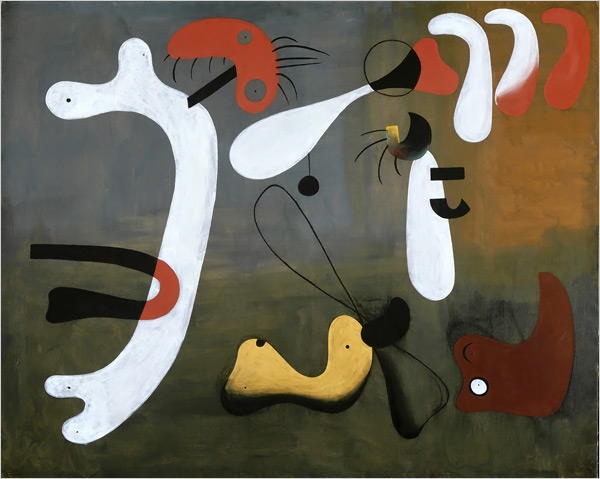 Cubism sentenced illusionistic art to the Death by a Thousand Cuts. Dada unleashed an anti-aesthetic Reign of Terror: Beauty? Off with its head. Decay? Let’s have more. Surrealism, a slippery business, let the killer instinct run amok. Tossing manifestos, dreams and libidos like bombs, it aimed to bring Western civilization to its knees and keep André Breton in the news. 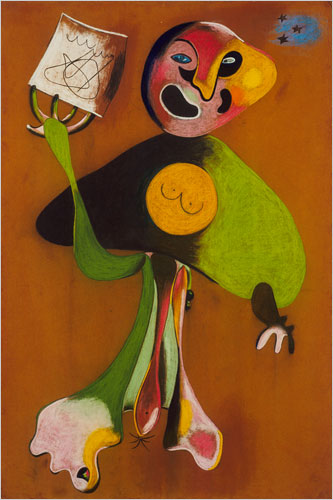 So in 1927, when Joan Miró said, “I want to assassinate painting,” he wasn’t saying anything new. What was new was the way he carried out his cutthroat task. That process is the subject of “Joan Miró: Painting and Anti-Painting 1927-1937,” an absorbing, invigorating and — Miró would be mortified — beautiful show at the Museum of Modern Art.

The exhibition illustrates, step by step, exactly how Miró stalked and attacked painting — zapped its conventions, messed up its history, spoiled its market value — through 12 distinct groups of experimental works produced over a decade. If, in the end, painting survived, that’s neither here nor there. The story’s the thing. Crisp, clear and chronological, the show reads like a combination of espionage yarn and psychological thriller set out in a dozen page-turning chapters.

In 1927 Miró was 34. He was a successful artist and an early devotee of Surrealism, working in a polished, fantastical-realist mode. But he had a restless temperament and lived in provoking times. The high-flying 1920s were winding down, the political climate was growing tense. Surrealism, he discovered, had limitations. He was ready for a radical change in art, but he realized that he would have to create it himself. He decided it would take the form of a crime. Painting would have to go. He would deliver the blow.