End for Bar That Altered Music Scene, and Hoboken 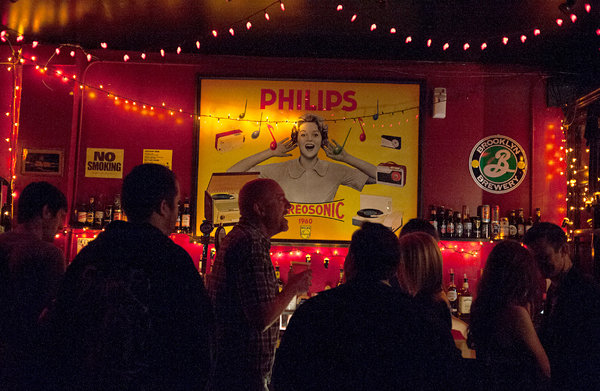 HOBOKEN, N.J. — The bar seemed like a ripe candidate for a makeover. Grimy and decrepit, it was open only for the hours around shift change at the local coffee factory, whose workers it catered to with limited success.

The new owners kept the name in honor of the coffee plant. But they changed everything else.

“We were going to have a little hip jukebox,” said one of them, Steve Fallon. “A little restaurant, clean, where you’re not afraid to get something to eat.”

Soon the bar’s tiny back room was bouncing with live, angular music that built on sounds from the CBGB scene across the Hudson River. The shaped-up restaurant in the front, meanwhile, dished out Hoboken’s first brunch.

Thus did Maxwell’s become the incubator, proving ground and showcase for bands that would change the face of rock in ways large (R.E.M., Nirvana) and small (the Feelies), and, in the way of so many first-wave gentrifiers, the harbinger of its own demise.

[ click to continue reading at The New York Times ]