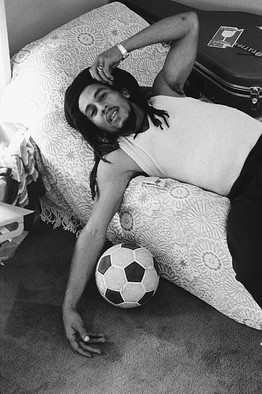 After six years and three different directors, “Marley,” a documentary about the life of reggae legend Bob Marley, is finally going to be released on April 20th, a date that is known in certain circles as a holiday celebrating the consumption of marijuana.

Based on the Facebook comments on the Marley page maintained by his family, many fans will be marking the occasion while watching the film in the comfort of their own homes. That’s because “Marley” is the latest to be given a “day and date” release, meaning that it will be available in theaters on the same day that it’s offered on demand. Eamonn Bowles, chief executive of distributor Magnolia Pictures, which is known for pioneering VOD distribution models, says he thinks that releasing the movie simultaneously in theaters and on demand will help capitalize on Marley’s enduring popularity on social media sites.

Marley, known for popular songs like “Get Up, Stand Up,” and “No Woman, No Cry,” died tragically in 1981 at the age of 36 after a battle with cancer. Since then, there have been at least six failed attempts to make a film about him. In the 1990s, singer Lauryn Hill was reportedly on board to play Rita Marley in a Warner Bros. project that never got off the ground. In 2006, Jamie Foxx was said to be in talks to play the reggae star in another biopic produced by Ms. Marley, but the project died because its director couldn’t secure the music rights.