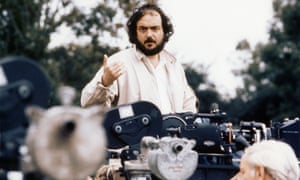 The legendary American director Stanley Kubrick on the set of Barry Lyndon in 1975. Photograph: Corbis via Getty Images

His first world war classic, Paths of Glory, is one of cinema’s most powerful anti-war movies, widely acclaimed as a masterpiece, as was his Roman epic, Spartacus, both of which starred Kirk Douglas. Now a “lost” screenplay by director Stanley Kubrick has been discovered – and it is so close to completion that it could be developed by film-makers.

Entitled Burning Secret, the script is an adaptation of the 1913 novella by the Viennese writer Stefan Zweig. In Kubrick’s adaptation of the story of adultery and passion set in a spa resort, a suave and predatory man befriends a 10-year-old boy, using him to seduce the child’s married mother.

He wrote it in 1956 with the novelist Calder Willingham, with whom he went on to collaborate on Paths of Glory the following year.