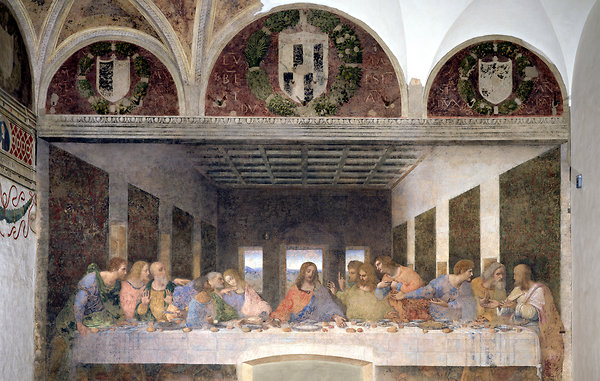 By the age of 42 (in an era in which life expectancy was 40), Leonardo da Vinci had yet to create anything commensurate with his lofty ambitions. At that point, Ross King writes in his new book, “Leonardo and ‘The Last Supper,’ ” he “had produced only a few scattered paintings, a bizarre-looking music instrument, some ephemeral decorations for masques and festivals and many hundreds of pages of notes and drawings for studies he had not yet published, or for inventions he had not yet built.” Too many of his projects — like creating a gigantic bronze horse on commission for Lodovico Sforza, the ruler of Milan — had gone unfinished; other projects having to do with architecture, military engineering and urban planning had not found patrons.

“Leonardo may have dreamed of constructing tanks and guns, of placing a dome on Milan’s half-built cathedral, or of completing the world’s largest bronze statue,” Mr. King writes. “But he was going to do none of these things. Instead, he was going to paint a wall.”