Joseph Wambaugh is one of those Los Angeles authors whose popular success always has overshadowed his importance as a writer. 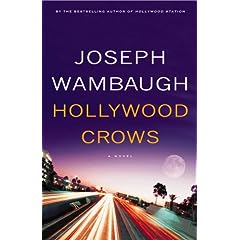 His fans will find “Hollywood Crows” — the second novel in two years set in that surreal neighborhood’s police station — as entertaining as ever, while readers who have followed Wambaugh’s fascinating 37-year career will savor a book whose flaws are not only engaging but also redolent with promise. At 71, the author appears to have tired of picking up lifetime achievement awards and to have opened a new chapter in his own literary story.

That’s an entirely welcome event, because Wambaugh is an important writer not simply because he’s ambitious and technically accomplished, but also because he “owns” a critical slice of L.A.’s literary real estate: the Los Angeles Police Department — not just its inner workings, but also its relationship to the city’s political establishment and to its intricately enmeshed social classes. There is no other American metropolis whose civic history is so inextricably intertwined with the history of its police department. That alone would make Wambaugh’s work significant, but the importance of his best fiction and nonfiction is amplified by his unequaled ability to capture the nuances of the LAPD’s isolated and essentially Hobbesian tribal culture.

The reforming chief William H. Parker set out to make his department a unique institution, one separate and apart from both the city’s political institutions and the communities it policed. He succeeded spectacularly. As a former detective sergeant who spent 14 years on the force, Wambaugh comes by his knowledge of that success — and its consequences — the hard way. Thus, his books on the department instinctively and, therefore, unobtrusively convey the way in which LAPD patrol officers seem constantly at odds with their commanders and the whole force appears locked in never-ending antagonism with City Hall. Meanwhile, for the officers on the street, the day-to-day grind of policing remains a nearly run race between stubborn but well-concealed idealism and far-too-intimate contact with far too much of badly fallen mankind.

[ click to read complete review in the LA Times ]