Joe Kubert, a comic book artist since 1938, has little interest in the accumulated work of his last seven decades; his focus is on new projects, he said recently. 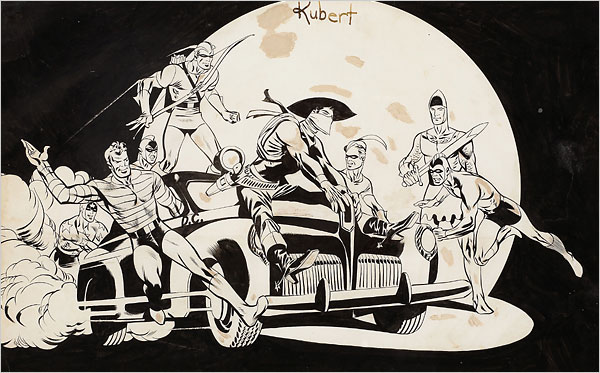 But comic book fans who feel differently about this celebrated illustrator will have a chance to peruse and even own some of that older work this week, when 18 covers and interior pages, published from the 1940s to 1990, are put up for sale.

Mr. Kubert, 83, has turned over a large trove of his original work to Heritage Auctions in Dallas, which will hold the first of several auctions, live and online, on Friday.

“Joe’s obviously one of the very small handful of great artists that has worked in comics over the last 50-plus years,” said Todd Hignite, a consignment director for Heritage who specializes in original comic art. Mr. Hignite searched through Mr. Kubert’s home, business office and storage space in northern New Jersey to amass the selection.