from The NY Times

Kraftwerk Keeps Catching Up With Its Past 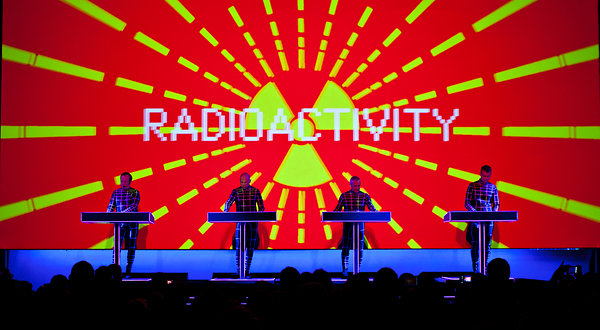 As manifestos go, “The Robots” — the first song Kraftwerk played on Tuesday to start its eight-night series of retrospective concerts at the Museum of Modern Art — is adroitly misleading. “We’re programmed to do/anything you want us to,” Ralf Hutter sang.

In fact Kraftwerk has been far more predictive than obedient. It can rightfully claim to have done some cultural reprogramming of its own. Back in the 1970s Kraftwerk conceptualized itself as the Man-Machine and started writing songs about what technology might do to — and with — the modern mind. It can now claim a direct influence on all sorts of electronic and computer-driven music, while its lyrics clearly envisioned our computer-mediated daily lives.

Tuesday’s concert was the beginning of Retrospective 1 2 3 4 5 6 7 8, with Kraftwerk performing eight consecutive albums on eight nights for just 450 people per show.