How The West Was Won

How a Basket on Wheels Revolutionized Grocery Shopping 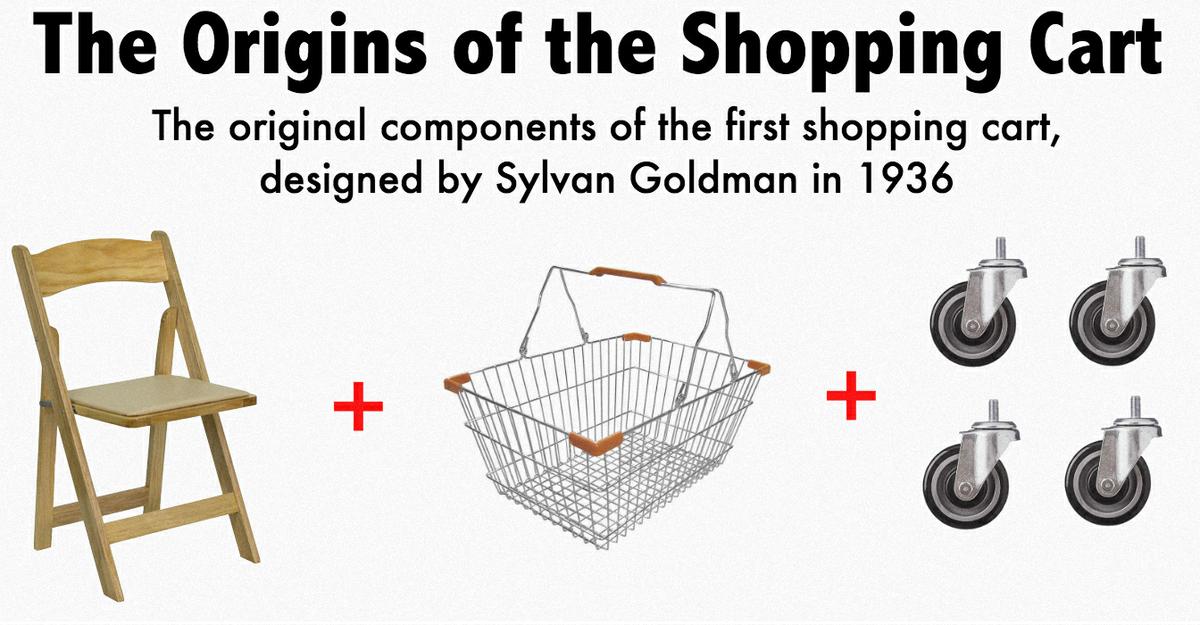 He is pushed around. He is battered by cart collectors, and mauled by unattentive parking lot drivers. He is left for dead in dark alleyways, drowned in the sludgy tides of levees and bays. Occasionally, small children poop on him.

We take him for granted. After all, how would we pull off our Thanksgiving shopping, or buy a 16-pound bag of jumbo shrimp at Costco without the assistance of his sinewy, steel arms? How would we keep our children from wreaking havoc on the soup can aisle without his handy baby seat? More broadly, how would we — as over-consuming, gluttonous Americans — manage to carry our selections from the 44,000 items that typically line a supermarket shelf?

Few inventions have so profoundly shaped consumer habits. With the exception of the automobile, the shopping cart is the most commonly used “vehicle” in the world: some 25 million grace grocery stores across the U.S. alone. It has played a major role in enriching the forces of capitalism, increasing our buying output, and transforming the nature of the supermarket — and for its role, it has been dubbed the “greatest development in the history of merchandising.”

Rarely comes the time when we sit back and consider the history of the shopping cart. But gather, friends: that time has come.

By the late 1930s, major changes were happening in the way that food was consumed: Freon, synthesized in 1930, led to the spread of the commercial refrigerator (by the late 1930s, more than 50% of Americans had one in their home). At the same time, preservatives increased the number of canned goods in grocery stores. As a result, consumers were not only buying more food per shopping trip, but bulkier, heavier items.

There was one big problem with this: at the time, self-serve grocery stores (including Goldman’s) only provided small wire-woven baskets to put groceries in. “When the housewife got her basket full, it was too heavy for her to carry and she stopped shopping,” Goldman recalled in a 1970 interview. “I thought if there was some way we could give the customer two baskets to shop with and still have one hand free to shop, we could do considerably more business.”

Goldman came to the realization that “[his] problem as an entrepreneur was no different than the problem [his] customers faced while shopping”: in order to sell more food, he’d have to figure out a way for his customers to carry less food.

At first, the solution didn’t come so easily. “When a clerk would see a customer’s basket practically full, he would hand them another basket and tell them they could find their first basket by the checkout stand,” wrote Goldman — but this required clerks who were constantly alert, and it wasn’t exactly scalable. Next, he considered re-arranging the goods into an “M” shape,  attaching baskets to a tiny, parallel railroad track, and having customers shuffle along in an assembly line as their carts moved automatically. This proved to be a bit too complex.