from the Guardian UK 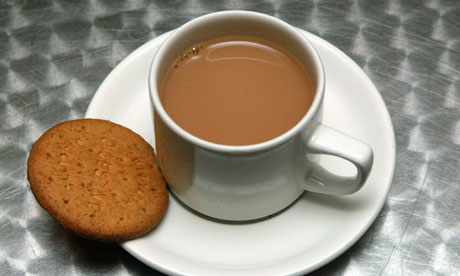 A steaming hot drink may be all it takes to see the world through rose-tinted glasses, psychologists have found.

Holding a warm cup of coffee was enough to make people think strangers were more welcoming and trustworthy, while a cold drink had the opposite effect, a study found.

The warmth of a drink also influenced whether people were more likely to be selfish or give to others, researchers report in the journal Science. A team led by John Bargh at the University of Colorado set about testing whether hot and iced drinks influenced perceptions of others after noting how frequently “warm” and “cold” are used to describe personalities.

In one test, 41 volunteers were asked to hold a cup of coffee while they took an escalator to a fourth-floor lab. Once there, they were asked to read about a fictional character and give their impression of them. The test was then repeated using an iced coffee drink.