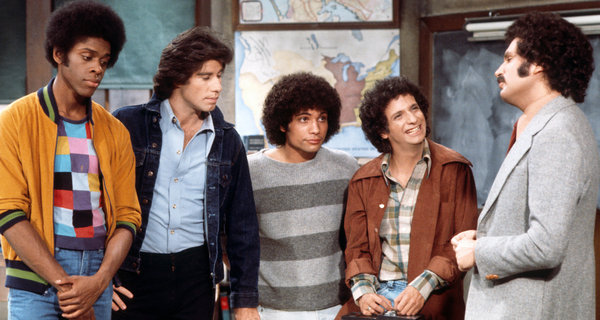 Ron Palillo, who portrayed the goofy high school underachiever Arnold Horshack in the hit 1970s sitcom “Welcome Back, Kotter” with such definitive oddballness that he had trouble for years afterward finding work as an actor, died on Tuesday in West Palm Beach, Fla. He was 63.

“I know him, love what he does, not right for the part,” Mr. Palillo said in a 1997 newspaper interview, repeating what he said was the mantra of every casting director he met after his years on “Kotter,” which was on ABC from 1975 to 1979. “Everybody thought of me as Arnold Horshack. I resented Horshack for so many years.”

Welcome Back, Kotter” starred Gabe Kaplan as a high school teacher returning to his alma mater in Brooklyn to take over an unruly class of remedial students known collectively as the Sweathogs (because their top-floor classroom was always hot). The Sweathogs were Vinnie Barbarino (played by John Travolta), Freddie Washington (Lawrence Hilton-Jacobs), Juan Epstein (Robert Hegyes) and Horshack, to whom Mr. Palillo imparted two trademarks: a braying laugh that sounded like a DisposAll with a utensil caught in it, and a wild waving of his hand to answer Mr. Kotter (usually wrongly) while grunting: “Ooh, ooh, Mista Kahta! Mista Kahta!”