A street musician spent years building a one-of-a-kind drum kit on wheels. Then, one morning, it was gone 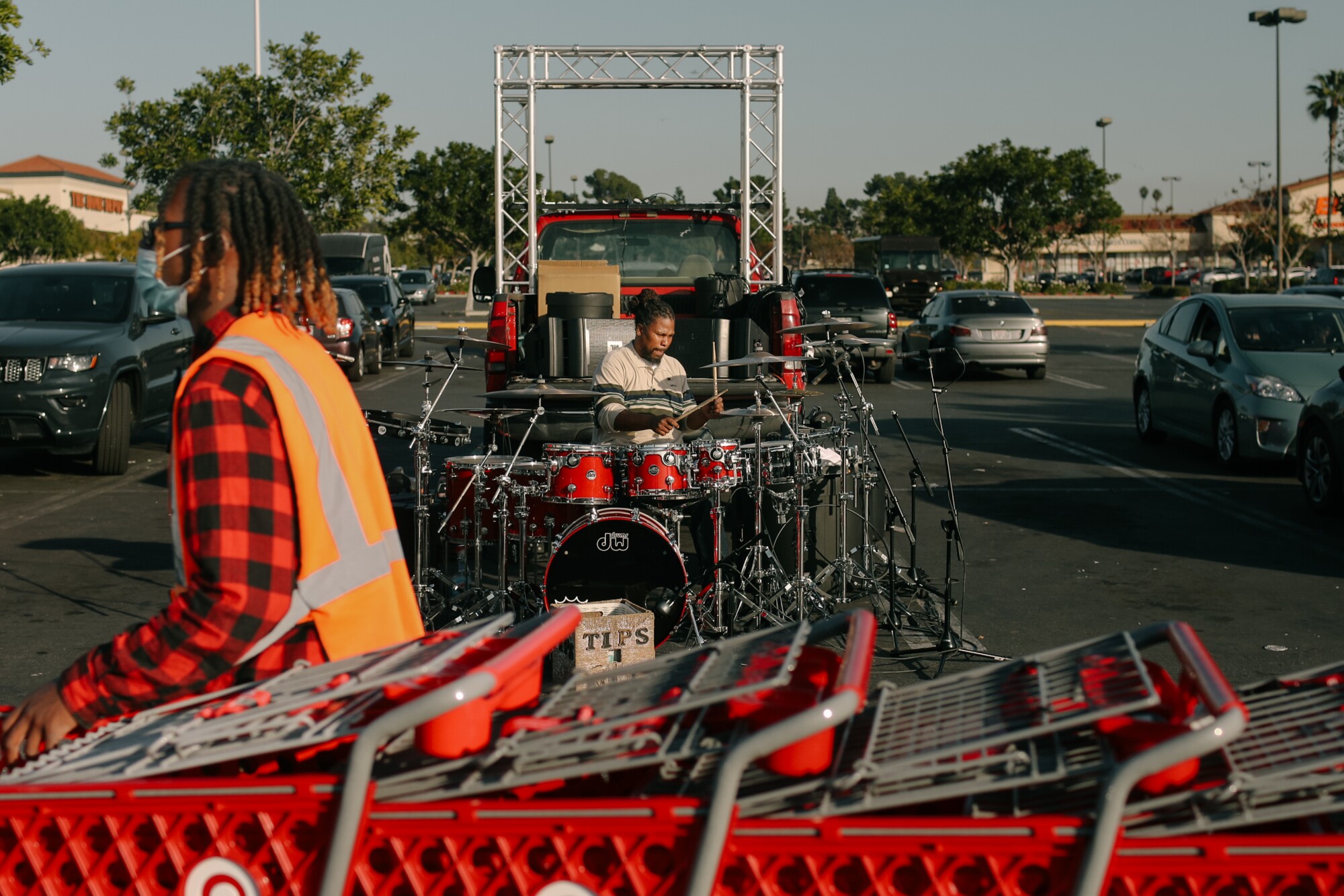 A few minutes before the Los Angeles Rams take on the Seattle Seahawks at the billion-dollar SoFi Stadium on a late December evening, about six football fields away, there’s a party being held in the Target parking lot.

A smattering of people are dancing in the winter air to the percussive sounds of a man pounding away on a gleaming, golden-nectar drum set he affectionately calls “Honey.”

It’s a massive rig: 13 pieces, including three snares, two bass drums (one of which boasts a double kick pedal) and a gargantuan ride cymbal. Behind the kit, his back against the tailgate of a cherry red Ford F-350, sits Sheriff Drumman, flashing a smile that could outshine the sun.