by Carolina A. Miranda 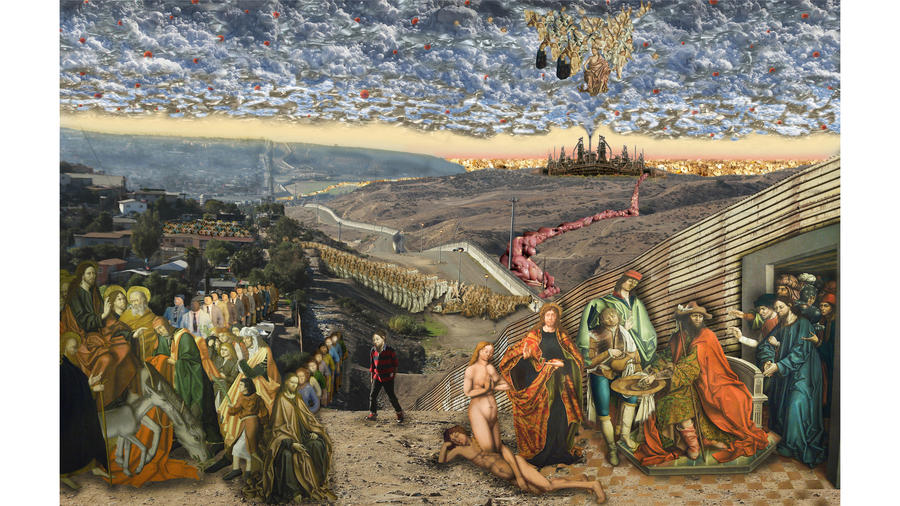 As far as art forms go, it doesn’t get more lowbrow than lenticulars, the 2-D printed pictures that, with the aid of a rippled, plasticized coating, appear three dimensional, often with animated effects. Think of those thrift store portraits of Jesus that appear to be winking.

In fact, a current show of their work at Koplin Del Rio in Culver City offers a bounty of pieces that employ the device. Among them: a mandala-type design studded with images of skulls, anatomical sketches and religious iconography and a Last Supper-style scene in which the disciples’ faces have been replaced with those of the artists. (I made a Vine of the former, to capture the trippy sense of movement these pieces have when you see them in person.)

Among the most elaborate works are a pair of lenticulars that take on the U.S.-Mexico border as their subject: “Rites of Passage,” shown at top, and “Border Park of Earthly Delights,” both of which were made in 2014. (Unfortunately the images shown here don’t capture the works’ psychedelic effects, which is why it’s best to see them in person.)