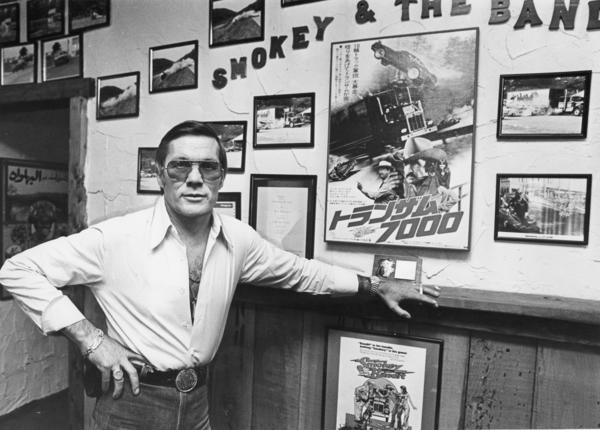 Hal Needham, a highly regarded Hollywood stuntman and director of frothy, adrenaline-pumped films like “Smokey and the Bandit” and “Cannonball Run,” has died. He was 82.

Needham died Friday in Los Angeles, according to his business managers at Laura Lizer and Associates. No other details were immediately available.

Born in Memphis, Tenn., Needham spoke with a down-home twang.

He was a fixture in the movie business for most of his working life. In a stunt career that spanned hundreds of TV episodes and feature films, he tumbled down cliffs, leaped off boulders, jumped from planes, tottered off balconies and plunged from towers. He was rattled in blasts and blistered in fires. He broke 56 bones, including, twice, his back. He punctured a lung, damaged his hearing, lost a few teeth and was knocked out countless times but maintained a sunny outlook even after swooping into the unknown territory of directing.

The son of sharecroppers, Needham spent most of his childhood so deep in the Ozarks, as he liked to joke, that “you had to pump the sunshine in.” Dropping out of school after eighth grade, he worked as a tree trimmer in St. Louis before joining the Army’s 82nd Airborne Division in 1951. Three years and many jumps later, he left the service and headed west with three pairs of jeans, six T-shirts, a buddy and no particular plan.