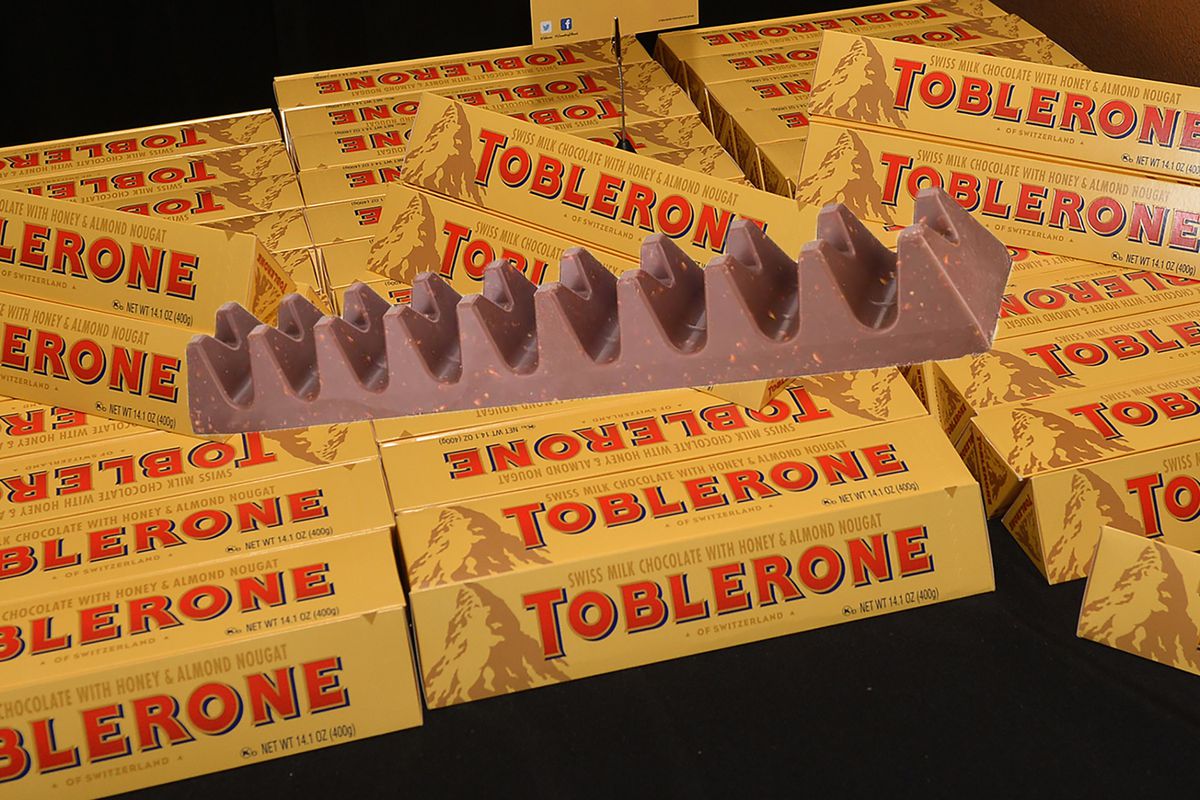 A UK company is capitalizing on the near-disastrous redesign of the classic Toblerone bar by making an homage to the old version, much to the chagrin of the company that popularized the ridged Swiss chocolate treat.

Over the summer, British discount grocery chain Poundland created Twin Peaks, a Toblerone copycat with a gold wrapper, red lettering, and bar that mimicked the old, chunkier design of the candy. The biggest difference here is that the ridges have a V shape cut into the top of each peak. If Toblerone’s design mimicked the contours of the Swiss Alps, Poundland argued that its bars resembled two famous peaks near the Welsh border. And, in a wise business move, this new candy weighed as much as the old Toblerone before its slimmed-down redesign — and it was cheaper than its inspiration, too.