Imaginative writing now inhabits a multi-screeen world, and novels that don’t acknowledge this struggle to reflect our new era 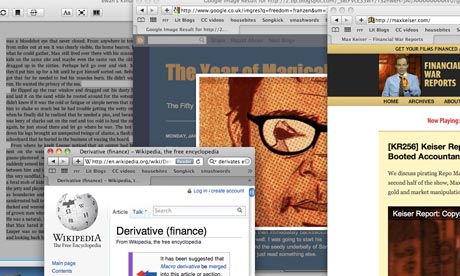 A score of new books and ebooks with mainstream publishers are “motivating young readers to find out more” by interactively mixing historical fact with first-person fictionalised accounts and embedded video. As these young readers are a vast and growing market, it doesn’t take much imagination to predict that multi-screening will, in time, become the new norm – and that when that happens, it will spell the end for the barricaded integrity of forms such as the novel. But it’s not as if we haven’t been hearing alarm bells about precisely this throughout the 20th century.

Consider 1991’s Generation X, by Douglas Coupland. In it you will find characters without a central plot who spend their time telling stories, living a meta-fiction about a culture they don’t buy into; you will find factoids, office jargon sections and images detourned from ads and comics from the heyday of American consumerism.

And what is Zeitoun by Dave Eggers – a true story about the impact of Hurricane Katrina retold from interviews with one man who lived through it? Is it fiction or non-fiction? Re-imagined biography? What was A Million Little Pieces by James Frey? A scam fiction sold as a memoir? How true were any of the “facts” within it, and why did the revelation that much was invented create such a fuss, involving litigation and humiliation on the Oprah Winfrey Show? In his third “novel” Bright Shiny Morning, Frey pushes the form to the limit, inserting factual sections on everything from the construction of the LA road system to statistics on prostitution and gang violence. There is no way that such an expansive and insightful portrait of LA could have been created without these sections, taken from encyclopedias and new stories. Is it a novel? Increasingly this is an obsolete question.