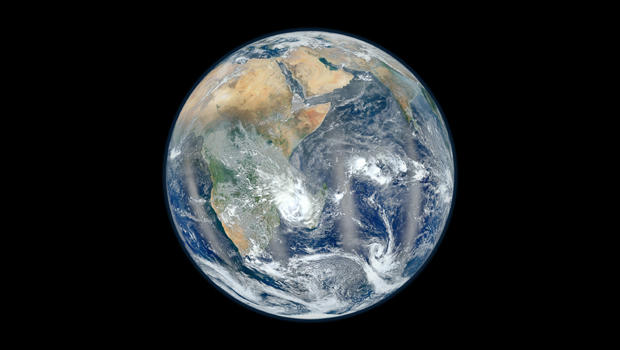 Far from the blaring cacophony of cities, towns and suburbs, there are far quieter soundtracks to be found — the murmurs of wind rustling grasses, rushing waves tumbling onto beaches, the creaking of tree branches and trunks.

But underneath all that is yet another soundscape, a permanent, low-frequency drone produced by Earth itself, from the vibrations of ongoing, subtle seismic movements that are not earthquakes and are too small to be detected without special equipment.

Earth is “humming.” You can’t hear it, but it’s ongoing. And now scientists have measured that persistent hum from the ocean floor, for the first time. [What’s That Noise? 11 Strange and Mysterious Sounds on Earth & Beyond]

Most of the movements in the ground under our feet aren’t dramatic enough for people to feel them. Earthquakes, of course, are the big exception, but Earth undergoes far more earthquakes globally than you might suspect — an estimated 500,000 per year, according to the U.S. Geological Survey (USGS). Of those, 100,000 are strong enough to be felt, and about 100 of those are powerful enough to cause damage.

But even in the quiet periods between earthquakes, there’s a whole lot of shaking going on.

Since the 1990s, researchers have known that Earth is constantly vibrating with microseismic activity, known as “free oscillation,” scientists reported in a new study describing new recordings of the phenomenon. Free oscillation creates a hum that can be detected anywhere on land by seismometers — equipment used to detect and record vibrations.