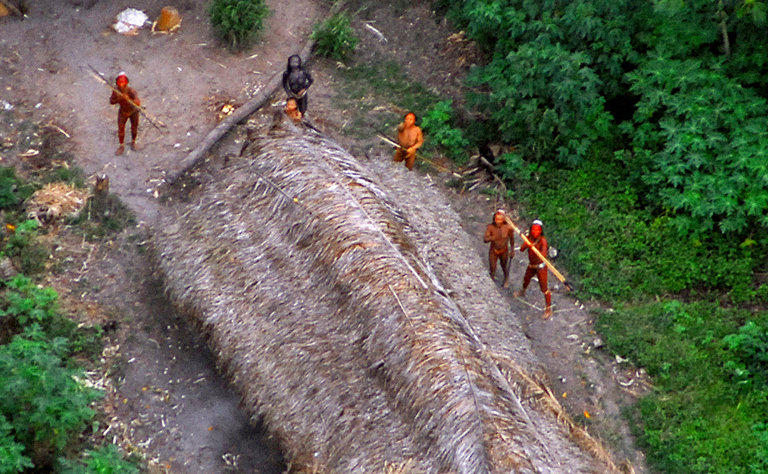 Members of an uncontacted tribe in Brazil in 2008. Indigenous groups in the Amazon are under increasing threat. CreditFunai/Associated Press

SÃO PAULO, Brazil — They were members of an uncontacted tribe gathering eggs along the river in a remote part of the Amazon. Then, it appears, they had the bad luck of running into gold miners.

Now, federal prosecutors in Brazil have opened an investigation into the reported massacre of about 10 members of the tribe, the latest evidence that threats to endangered indigenous groups are on the rise in the country.

The Brazilian agency on indigenous affairs, Funai, said it had lodged a complaint with the prosecutor’s office in the state of Amazonas after the gold miners went to a bar near the border with Colombia, and bragged about the killings. They brandished a hand-carved paddle that they said had come from the tribe, the agency said.

“It was crude bar talk,” said Leila Silvia Burger Sotto-Maior, Funai’s coordinator for uncontacted and recently contacted tribes. “They even bragged about cutting up the bodies and throwing them in the river.”

The miners, she said, claimed that “they had to kill them or be killed.”