Leap Day No thanks to Julius Caesar. 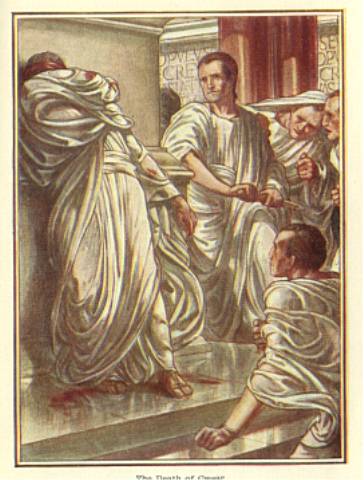 THIS EXTRA day of February is part of the legacy bequeathed us by the Romans, along with their contributions in law, engineering, language, arts and letters, and the development of a numbering system that allows us to properly identify our Super Bowls. The institution of leap years was strictly a necessity, created by the failure of the 365-day year to match up with the astronomical year. The discrepancy is only about a quarter of a day, but just try to figure out where to put that six hours.

Julius Caesar, a man used to acting decisively on thorny problems, solved this one, somewhat, by adding a day to every fourth year, placing it, unfortunately, in the month of Februarius. He made the calendar change in 46 B.C. and was assassinated not too long after, possibly a coincidence. We have been stuck with this extraneous day ever since, an extension of a dreary and unpopular month and an occasion for obscure and quickly forgotten acts not suitable for anniversary remembrance. It is a day for senators to make speeches about the turnip tariff, for manufacturers to issue lint-filter recalls, for children to sullenly celebrate birthdays knowing that, unlike their peers, they will have only five or six such observances before they have to start paying rent. But keep this in mind: It’s only a day. Tomorrow it will be March, a better month for almost everyone, Julius Caesar excepted.