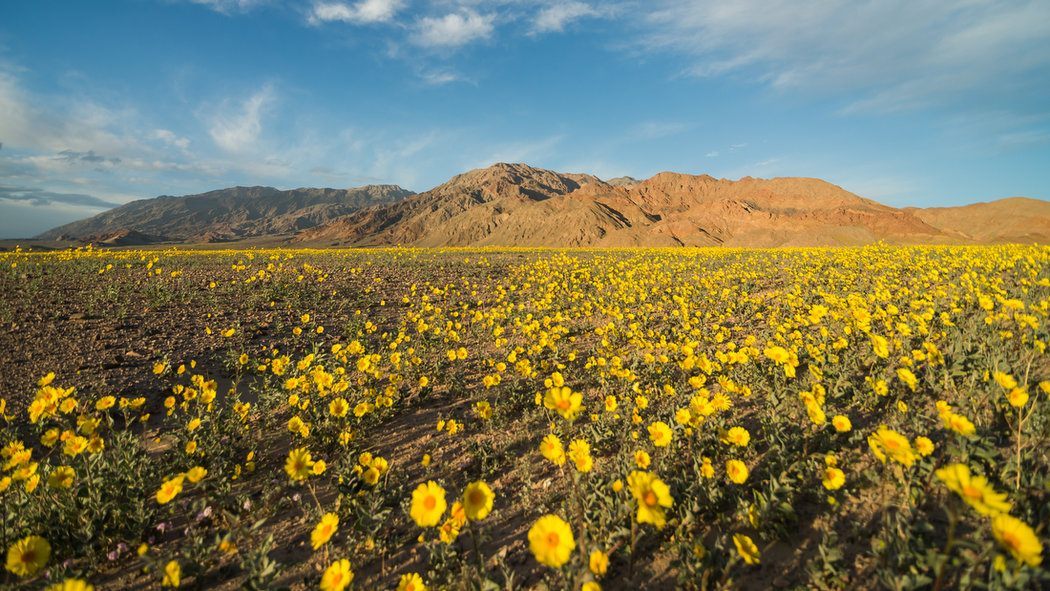 Death Valley, one of the hottest places on Earth, is currently a riot of color: More than 20 different kinds of desert wildflowers are in bloom there after record-breaking rains last October.

It’s the best bloom there since 2005, according to Abby Wines, a spokeswoman for Death Valley National Park, and “it just keeps getting better and better.”

The flowers started poking up in November, but the particularly colorful display emerged late last month in the park, which is mainly in California but stretches across the Nevada border. On Twitter and Instagram, park visitors have taken to calling it a “superbloom.”

The park gets about two inches of rain annually, so it always sees some wildflowers, though not as many or as varied. But it doesn’t take much more rain than that to completely dye the desert, Ms. Wines said, making last fall’s unusually heavy rains particularly effective.