Rock Scully, Grateful Dead’s Manager Who Put the Band on Records, Dies at 73 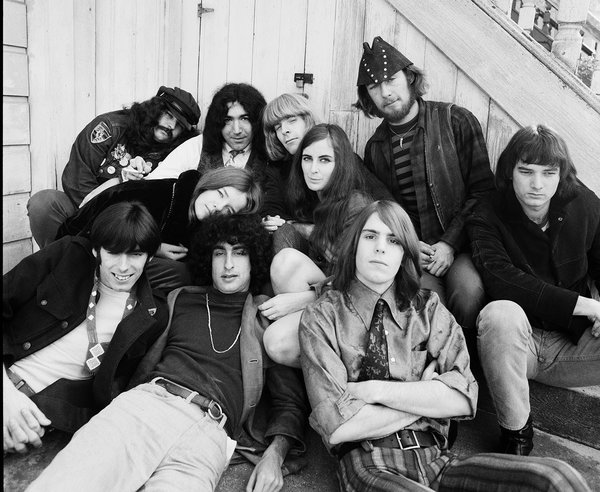 Rock Scully, front left, in a Grateful Dead “family portrait” in San Francisco in 1966, soon after he became manager, in front of 710a Ashbury Street, the band’s communal home. CreditHerb Greene

Rock Scully learned his mission in life at an Acid Test, one of the drug-drenched, strobe-lit parties the author Ken Kesey staged in the San Francisco area in the mid-1960s.

Owsley Stanley, the notoriously prodigious maker of LSD, introduced Mr. Scully in 1965 to the scraggly, zonked-out members of a band that had just changed its name from the Warlocks to the Grateful Dead. “Rock’s going to be your manager,” he said.

“Hey, good luck, dude,” said the band’s guitarist and vocalist Bob Weir, according to “Living With the Dead” (1996), the memoir Mr. Scully wrote with David Dalton.

So began a long, strange trip that saw the Dead go from a makeshift sort-of-bluegrass band that played for nothing in San Francisco parks to one of the biggest, most remarkable acts in rock ’n’ roll history. They sold 35 million albums, many