Bret Easton Ellis on Living in the Cult of Likability 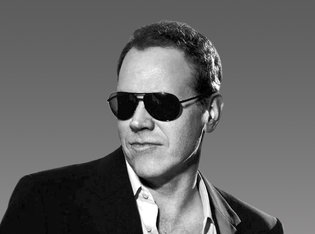 This is an article from Turning Points, a magazine that explores what critical moments from this year might mean for the year ahead.

Turning Point: Uber becomes one of the world’s most valuable start-ups.

On a recent episode of the television series “South Park,” the character Cartman and other townspeople who are enthralled with Yelp, the app that lets customers rate and review restaurants, remind maître d’s and waiters that they will be posting reviews of their meals. These “Yelpers” threaten to give the eateries only one star out of five if they don’t please them and do exactly as they say. The restaurants feel that they have no choice but to comply with the Yelpers, who take advantage of their power by asking for free dishes and making suggestions on improving the lighting. The restaurant employees tolerate all this with increasing frustration and anger — at one point Yelp reviewers are even compared to the Islamic State group — before both parties finally arrive at a truce. Yet unknown to the Yelpers, the restaurants decide to get their revenge by contaminating the Yelpers’ plates with every bodily fluid imaginable.

The point of the episode is that today everyone thinks that they’re a professional critic (“Everyone relies on my Yelp reviews!”), even if they have no idea what they’re talking about. But it’s also a bleak commentary on what has become known as the “reputation economy.” In depicting the restaurants’ getting their revenge on the Yelpers, the episode touches on the fact that services today are also rating us, which raises a question: How will we deal with the way we present ourselves online and in social media, and how do individuals brand themselves in what is a widening corporate culture?

The idea that everybody thinks they’re specialists with voices that deserve to be heard has actually made everyone’s voice less meaningful. All we’re doing is setting ourselves up to be sold to — to be branded, targeted and data-mined. But this is the logical endgame of the democratization of culture and the dreaded cult of inclusivity, which insists that all of us must exist under the same umbrella of corporate regulation — a mandate that dictates how we should express ourselves and behave.

Most people of a certain age probably noticed this when they joined their first corporation, Facebook, which has its own rules regarding expressions of opinion and sexuality. Facebook encouraged users to “like” things, and because it was a platform where many people branded themselves on the social Web for the first time, the impulse was to follow the Facebook dictum and present an idealized portrait of their lives — a nicer, friendlier, duller self. And it was this burgeoning of the likability cult and the dreaded notion of “relatability” that ultimately reduced everyone to a kind of neutered clockwork orange, enslaved to the corporate status quo. To be accepted we have to follow an upbeat morality code where everything must be liked and everybody’s voice respected, and any person who has a negative opinion — a dislike — will be shut out of the conversation. Anyone who resists such groupthink is ruthlessly shamed. Absurd doses of invective are hurled at the supposed troll to the point that the original “offense” often seems negligible by comparison.

[ click to continue reading at The New York Times ]