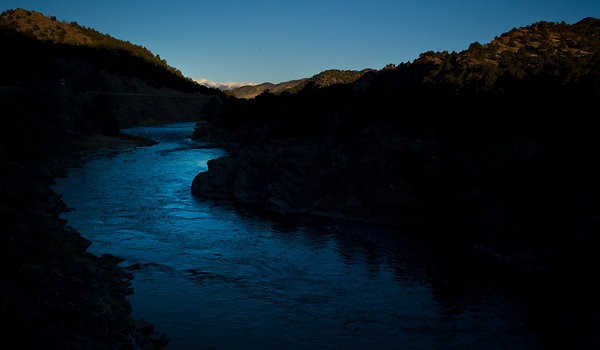 DENVER — Federal regulators on Monday approved a $50 million installation of anchored fabric over the Arkansas River in southern Colorado by the artist Christo, whose larger-than-life vision has divided environmentalists, residents and politicians for years over questions of aesthetics, nature and economic impact.

The project, “Over the River,” will include eight suspended panel segments totaling 5.9 miles along a 42-mile stretch of the river, about three hours southwest of Denver. Construction could begin next year, pending final local approvals, with the goal being a two-week display of the work as early as August 2014.

Christo, 76, said in an interview that the project had already made history for its interconnection of art and public participation, with a federal environmental impact statement that drew thousands of comments.

Christo’s projects — from the wrapping of the Reichstag Parliament building in Berlin in 1995 to “The Gates,” a meandering path of orange awnings through Central Park in New York in 2005 — have often generated heated debate in advance of their creation.