Chris Burden dies at 69: Artist’s light sculpture at LACMA is symbol of L.A. 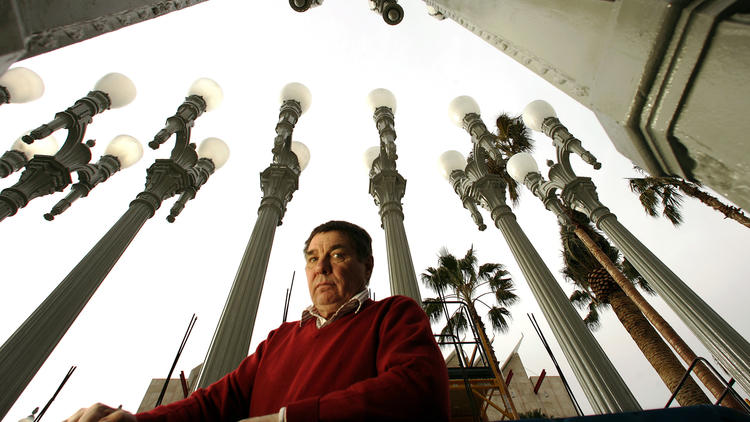 Chris Burden, the protean Conceptual artist who rose from doing controversial performances in the 1970s to become one of the most widely admired sculptors of his generation, died early Sunday at his home in Topanga Canyon. He was 69.

“Urban Light,” Burden’s 2008 sculpture at the entrance to the Los Angeles County Museum of Art, has become a symbol of the city. It takes the form of a Classical temple composed from 202 restored cast-iron antique street lamps.