Britain’s Most Violent Prisoner Goes To The Matte

Looking at an Inmate, Seeing an Artist 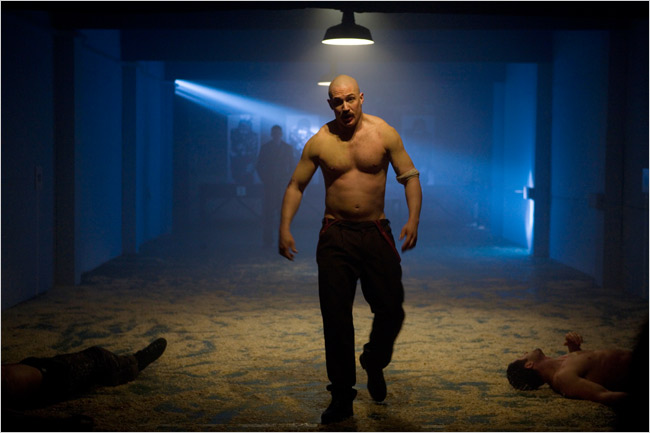 In the British press he is often called the country’s most violent prisoner and — thanks to his knack for setting off riots and engineering hostage situations — its most expensive inmate.

But in “Bronson,” a stylized film biography by the Danish director Nicolas Winding Refn, this tabloid legend is above all a kind of performance artist, a savage showman for whom, Mr. Refn said, “violence is the brush and life is the canvas.”

This may seem like an overly romantic way to portray the life of a man who has been held in solitary confinement for a total of some three decades. But when Mr. Refn, 39, identifies Bronson’s aggression as a perverse means of creative expression, he is, in a sense, speaking from experience.

“I used to think art had to be a destructive medium,” Mr. Refn said over lunch in Manhattan recently. “When I began making films I was 24. It was like punk rock. Everything had to be destroyed.”