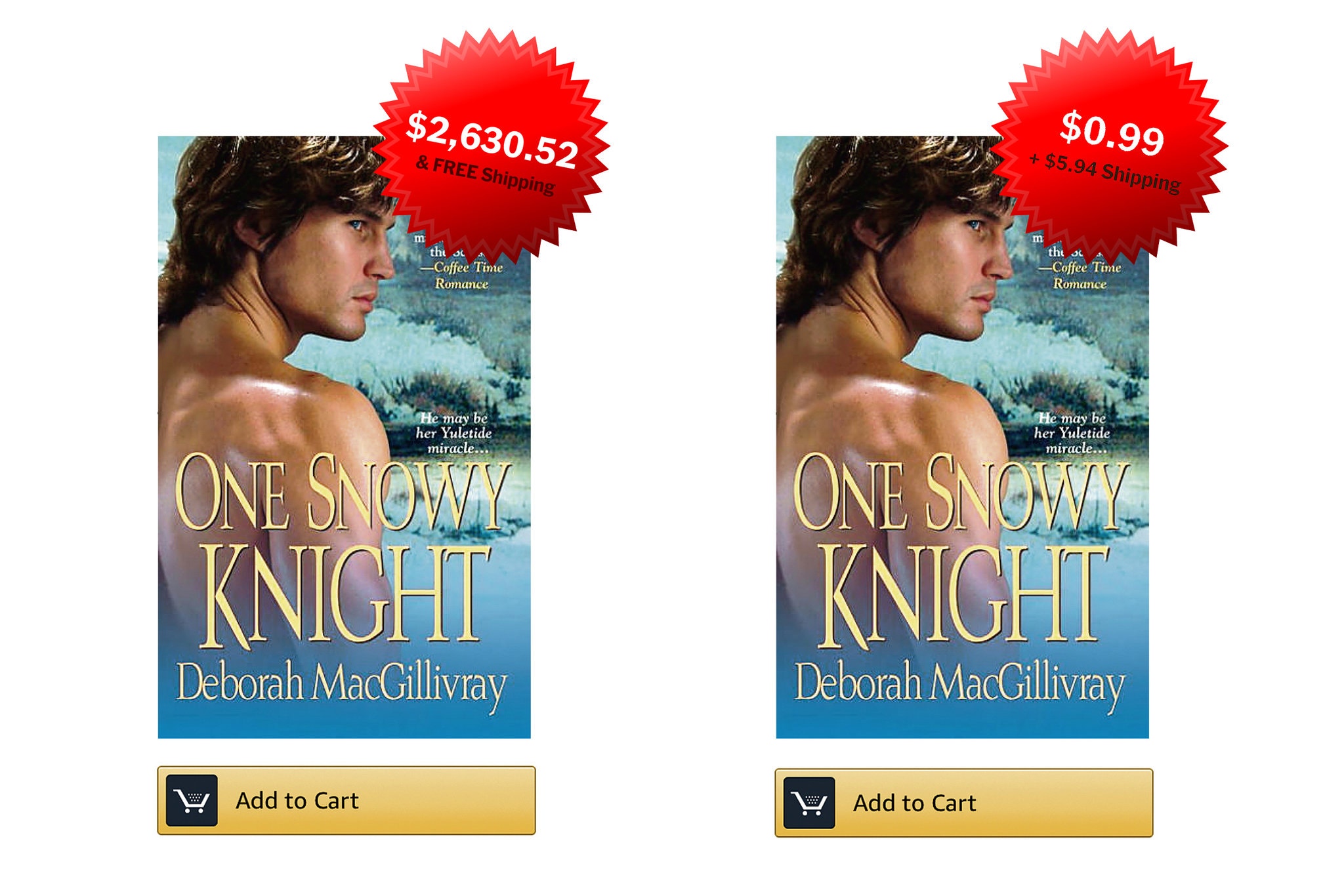 SAN FRANCISCO — Many booksellers on Amazon strive to sell their wares as cheaply as possible. That, after all, is usually how you make a sale in a competitive marketplace.

Other merchants favor a counterintuitive approach: Mark the price up to the moon.

“Zowie,” the romance author Deborah Macgillivray wrote on Twitter last month after she discovered copies of her 2009 novel, “One Snowy Knight,” being offered for four figures. One was going for “$2,630.52 & FREE Shipping,” she noted. Since other copies of the paperback were being sold elsewhere on Amazon for as little as 99 cents, she was perplexed.

“How many really sell at that price? Are they just hoping to snooker some poor soul?” Ms. Macgillivray wrote in an email. She noted that her blog had gotten an explosion in traffic from Russia. “Maybe Russian hackers do this in their spare time, making money on the side,” she said.