The super-bright meteor prompts calls from terrified locals to police 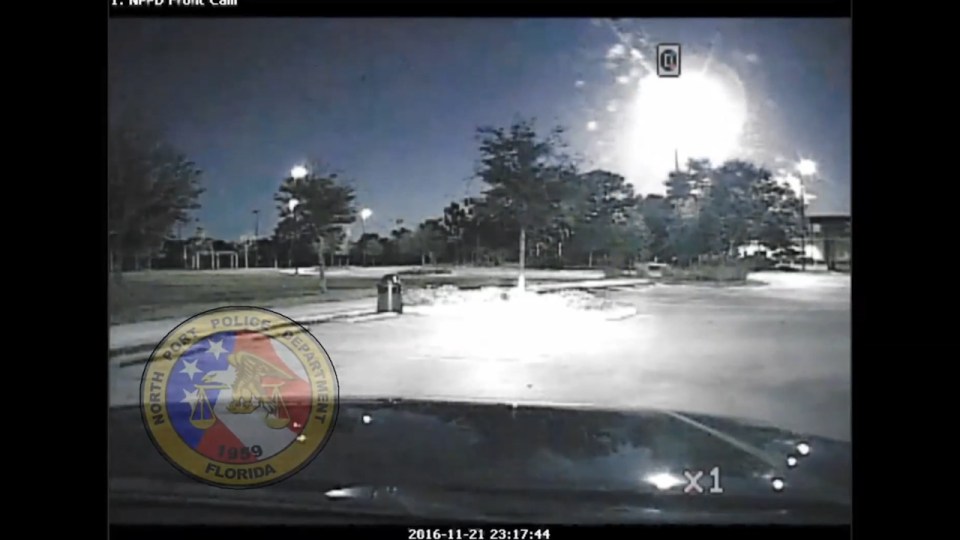 A police squad car films the fireball as it flies overhead

A DAZZLING fireball spotted by hundreds of people as it streaked across the Florida skies sparked fears aliens could be landing.The super-bright meteor, which was filmed on phones and dashcams, prompted calls from terrified locals to police.

The American Meteorological Society and police received dozens of reports of a bright light in the sky at around 11 pm from Key West to the Florida Panhandle.

Some were from panicked locals fearing a UFO invasion with some taking to Twitter to admit they were terrified.

The shocking flash was captured on the dashboard cameras of several cruisers belonged to the North Point Police Department in west Florida.