How do we cool people without heating up the planet? 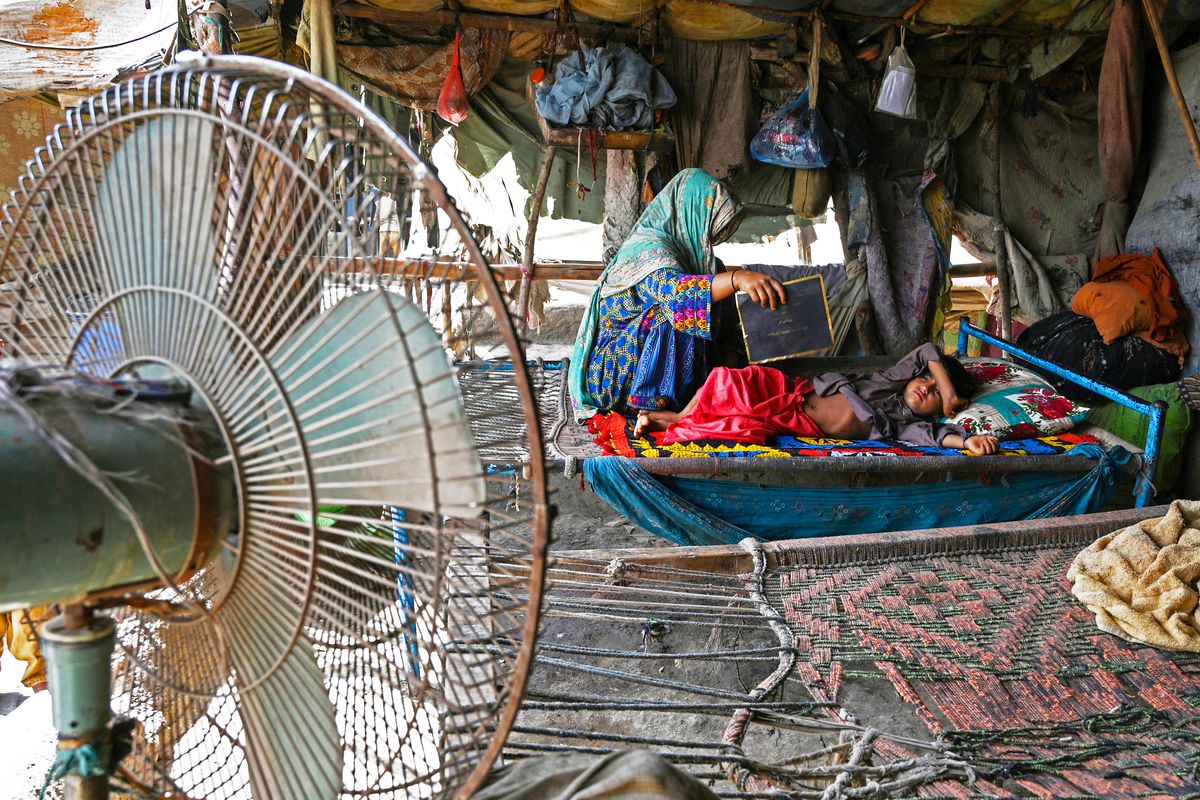 A woman fans her child with a sheet of paper as a fan sits idle amid a power outage during a heat wave in Jacobabad, Pakistan, on May 11. Aamir Qureshi/AFP via Getty Images

The world is now 1.1 degrees Celsius — 2 degrees Fahrenheit — warmer on average than it was at the dawn of the Industrial Revolution. But baked into that seemingly small change in the average is a big increase in dangerous extreme temperatures. That’s made cooling, particularly air conditioning, vital for the survival of billions of people.

The devastation of extreme temperatures is playing out right now in several places around the world. A gargantuan heat wave over India and Pakistan, where 1.5 billion people live, is now in its third week. Just 12 percent of India’s population has air conditioning, but even those people are suffering. The heat has triggered power outages, created water shortages, and killed dozens, although the true toll may not be known for weeks.