A Day Two Pigs Would Die By The Order Of A Local Meat Sciences Professor Named Eric. 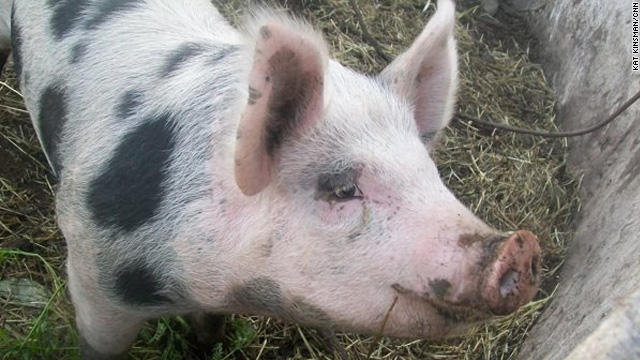 There’s no pretty way to say this. I was present for the death of the pig pictured above.

It was a grim, sodden day on an upstate New York farm. A local meat sciences professor named Eric explained to the pig’s owners that the most humane method of slaughter was to shoot it at close range between the eyes with a .22 rifle – a stunning blow to knock its central nervous system offline – then slit the main artery so the blood loss would bring about swift, arguably less painful death. The blow would also supposedly reduce the stress on the animal, allowing for better meat quality.

The farmers, having researched the matter thoroughly and consulted with the Humane Animal Farm Care project, believed this to be true. Still, as they stood several yards from the slaughter, half sheltered in the doorway to their goat barn, they flinched at the stark crack of the rifle, and then they cried.