We thought it was time that people heard something about us other than that we were eating women and throwing the bones out the window. 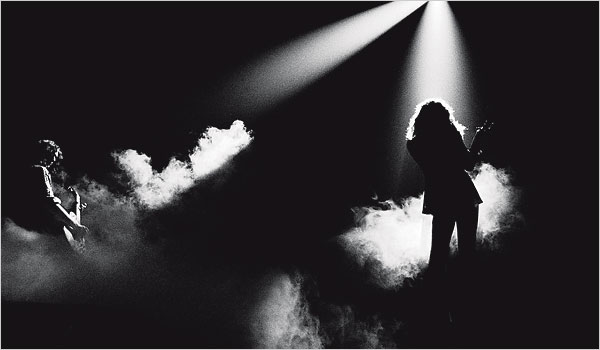 Young rock enthusiasts of the 21st century, those of you who listen to your music on a little shiny thing with earphones and who read only on an LCD screen, come near and we your grandparents shall tell you of a long-ago time when men with Gibsons were the knights errant of the land, striding across stages shrouded in mist, soloing at great length! What’s that? You don’t really know what Led Zeppelin is or was? And you’ve never read that salacious earlier biography, Stephen Davis’s “Hammer of the Gods”? Well, do I have a story for you. Or at least this Mick Wall does, this fellow from England who has also written or co-written definitive biographies of Ozzy, Bono and Iron Maiden.

[I]ncluded herein is the famous story of the groupie and the shark, which has been dealt with elsewhere at some length. This bit of lore is now so upsetting and so repellent that it makes you never want to listen to the band again.