Devoting an exhibition to Vincent van Gogh, among the world’s most beloved artists, may not seem like much of a reach for the Museum of Modern Art. On paper, at least, “Van Gogh and the Colors of the Night” reads like an obvious play for big box office and increased membership. 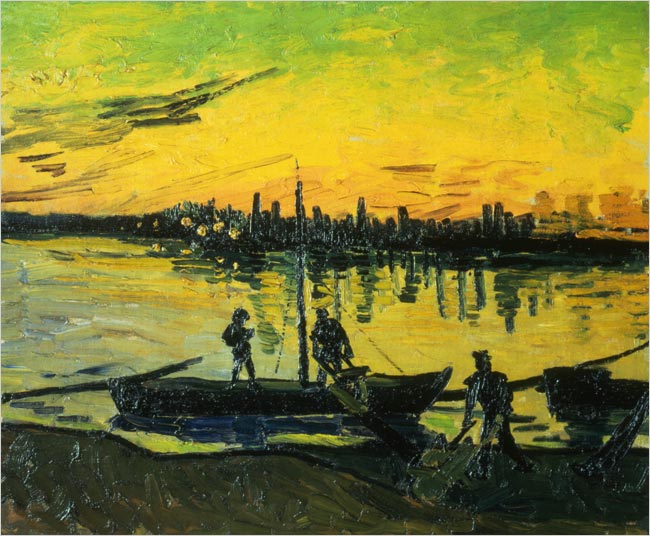 But this exhibition largely dodges such charges. Small and quirky, it is an anti-blockbuster. Instead of the usual are-we-done-yet marathon followed with ordeal by gift shop, it quietly displays 23 paintings, 9 drawings and several letters by van Gogh in six intimate galleries. The final gallery features a dense display of books that he read, most open to poems about the night.

Van Gogh discovered new colors everywhere, especially at night. Peripatetically, briefly yet fulsomely, this show explores his special relationship with darkness. It provides a view of the tenderness, urgency and brilliance at the core of his art, as well as the openness to nature that set it aflame.

Van Gogh accepted the night as a distorting condition, almost the way later modernists like Marcel Duchamp and Jean Arp would use chance to experiment and to break habits. Unable to see clearly, he painted what he saw, ultimately pitting his colors against one another as if they were antagonists in a visual drama. He egged on their clashes with exaggerated daubs of paint, bringing backgrounds forward and giving each inch of canvas its own sense of life. In Western art before him, only the semi-Western mosaics of Ravenna achieved such complete articulation.