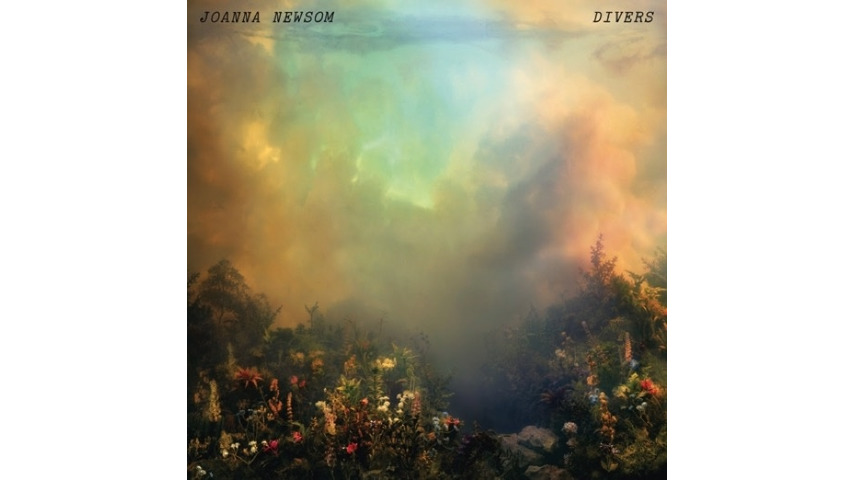 I was a non-believer for a pretty long time. Joanna Newsom was an artist I just didn’t “get.” I was too busy being pretentious about Pavement in my younger years to really give her quirky, baroque complexities and off-kilter vocal style a chance. Hell, I even came around on liking Swans before her stuff clicked for me. Hopefully, my initial disinterest and naiveté may convince another skeptical listener to give Newsom’s new album, Divers, a shot.

Newsom definitely requires some patience of her listeners, not to mention a palate accustomed to outside-the-norm instrumentation. She’s long been upheld as an indie goddess, but her music exists far from the label’s general conventions. There are barely any guitars and, when there are, they’re in the background. The drums are spare, and she’ll always go for a traditional piano over a synth. She plays a harp, her voice indulges in nuances unique enough to almost go beyond the realm of mimicry, and her previous record, 2010’s Have One On Me, went a few minutes past two hours in length.

In other words, if you put her on a mix CD for someone whose only experience of “indie” up to that point was Death Cab for Cutie, they’d probably snap it in half or you’d at least get a “what the hell is this?” text. But, like so many other at-first-difficult artists or bands, once her stuff clicks with you, it sticks forever. She’s got the musical ingenuity to go from being a frustration to a favorite in one second’s worth of enlightening epiphany.