Big asteroid that skimmed Earth has its own moon: NASA 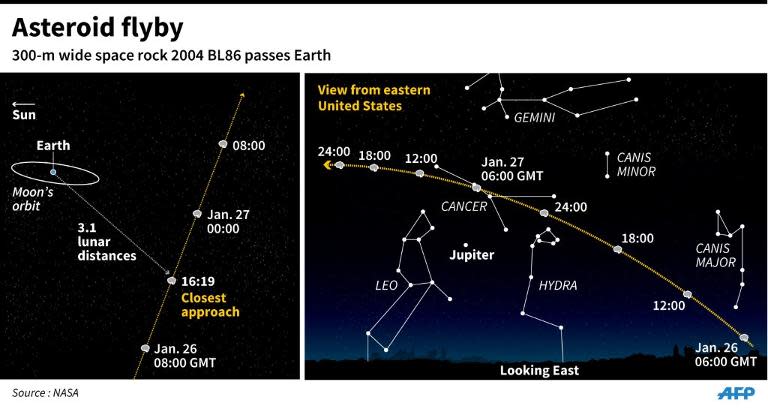 Miami (AFP) – An unusually large asteroid that just skimmed by Earth had its own moon, NASA said Tuesday as the US space agency released its first radar images of the flyby.

The asteroid known as 2004 BL86 made its closest approach late Monday at a distance about three times further than Earth’s own Moon.

Radar images from NASA’s Deep Space Network antenna in Goldstone, California show that the asteroid itself was about 500 feet (150 meters) smaller than expected, and measured about 1,100 feet (325 meters) across.

The asteroid’s small moon was approximately 230 feet (70 meters) across.