Without Thomas De Quincey there would have been no James Frey

William Hazlitt (1778-1830) once observed that the arts don’t make progress the way that the sciences do. Instead, they tend to deteriorate. If you want the best science, Hazlitt said, you want the latest science; but for the best of any art form, you should go for its early days. 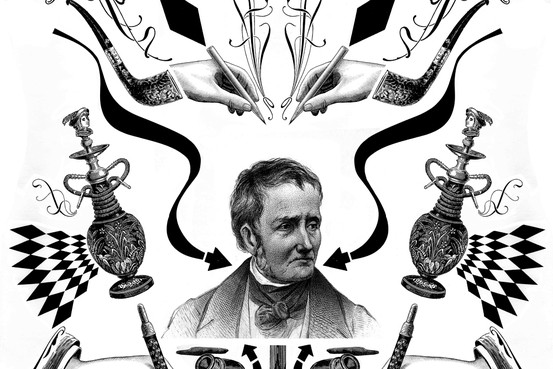 His example was epic poetry, which has been all downhill since Homer, but the rule will work for almost any creative endeavor: Has anybody ever written better detective novels since Hammett or Chandler? Better science fiction since Heinlein or Arthur C. Clarke? For that matter, when you’re looking for the best of literary journalism, the place to go isn’t Bookslut or McSweeney’s, but Hazlitt himself, and his contemporary and rival Thomas De Quincey (1785-1859), who is the subject of Robert Morrison’s superb biography “The English Opium Eater.”

Hazlitt and De Quincey wrote for the magazines and literary journals that flourished in England early in the 19th century. They were the archetypal hacks, in that they’d write anything that would pay. But they also managed to invent, inadvertently and through sheer expedience, almost every form of modern magazine feature writing. Hazlitt wrote art criticism, theater reviews, book reviews and political commentary. He wrote a brilliantly vivid account of a boxing match that appears to be the first instance in English of long-form sports journalism. He wrote acidly witty portraits of his famous acquaintances and originated the snarky celebrity profile. Middle-aged and with a family, he fell in love with his landlord’s teenage daughter, and he took for granted that he should write a book about it—”Liber Amoris”—the “book of love” that could be the model for all those bloggers who overshare about their sex lives.